Computers are one of the information technologies that are widely used to facilitate human life today. Computer technology also has a very important impact in various fields such as in the fields of business, business, environment, medicine and agriculture. Computer technology began to be applied in agriculture with the aim of facilitating agricultural activities, such as for automatic watering using a microcontroller.
Microcontroller is a chip that functions as an electronic circuit controller and generally can store programs, and consists of CPU, memory, I / O. The design of this tool is based on the Atmega328 Microcontroller which is a chip or Integrated Circuit in which there is a processor and a flash memory that can be read with Arduino Uno.
The method used in the automatic watering research on plant media based on Arduino Uno with Prototype. Several stages that need to be considered are the watering stage which detects the moisture in the soil which will automatically water when the soil is dry. 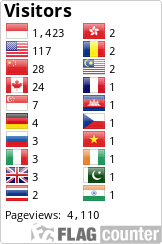